ON DESTROYING TO CREATE

“A desperate, last minute subversive political weapon... an attack on the capitalist system... committed to nuclear disarmament [...and] an attack also on art dealers and collectors who manipulate modern art for profit.”
—GUSTAV METZGER

Although it influenced many artistic movements in the 1960s and 1970s, the idea of destruction in art has been a phenomenon that we can trace until the beginning of the 20th century with the advent of the avant-garde movements, especially in the ideas of Russian Constructivism. “Artists destroy their works themselves [...], brutally paint them over [...], or make use of deterioration from the start as artistic means.”
Modern psychologists have tended to establish the essential link between destructiveness and creativity that has gained unprecedented visibility and importance in modern art, in direct relation to its “iconoclastic” condition. “Previously, pictures advanced to their end by progression. Each day brought something new. A picture was a sum of additions. With me, a picture is a sum of destructions”; Picasso emphasised this dramatic change in the 1930s.

Mondrian’s evolution and conception of art also pay tribute to this: “the destruction of old forms was the condition for the creation of new, higher forms.” He applied it first to representation by discarding “the incidental, outward image of reality”, then to the means of expressing themselves, by removing the vestiges of spatiality, destroying the colour fields as form, and eventually breaking up the lines altogether. Mondrian regarded this process as a model for transcending “the limitations of matter and the closed forms imposed by conventions and institutions” that was taking place “in the arts, in society and in life itself”. In a letter written at the end of his life, he expressed his conviction that “the destructive element is too much neglected in art”.

The invention of the atomic bomb—and the looming prospect of a global holocaust caused by nuclear war—is seen as a turning point in art history, compelling artists to think differently about the notion of destruction. Why? Because in the face of the atomic bomb what kind of good does to humankind to make a painting? The constant tension of apocalypse during the Cold War made artists realise that their work can evoke engagement on a level far beyond aesthetics. Thus, artists began to use destruction to fight fire with fire, and fire is a spectacle people have always find attractive. It is destruction’s dual nature —something horrendous and shocking but also something beautiful—what guaranteed its existence. The new destruction was here to stay: Thanatos, as the driving force that advances in the face of imminent risk and disenchantment.

In 1966 Gustav Metzger, alongside other artists, organised in London the Destruction In Art Symposium (DIAS), which its main purpose was to focus the attention on the element of destruction in Happenings and other art forms, and to relate this destruction to society. Around 100 artists and poets contributed to DIAS; and although they represented diverse nationalities, ethnicities, and genders, they shared a common commitment to the use of destruction as a mode of resistance to psychological, social, and political violence. They engaged destruction as a principle of organic life, and they address- ed the processes and structures implicit in the interrelationship and interconnections between destruction and creation. Metzger insisted that “destruction in art did not mean destruction of art”.

John Baldessari, who burned all his earlier paintings in a formal reinvention called “Cremation Project”, and Ai Weiwei’s “Dropping a Han Dynasty Urn”, a triptych depicting him doing just that, are some examples artists committed to the ideals of DIAS. There is a fine line between destruction as creative or nihilistic act—and it all comes down to the ideas behind it. Ai Weiwei, for instance, broke an urn from the Han dynasty to criticise societal values, in a manoeuvre that also reveals the question of how do we decide how much a work of art is “worth” and what its monetary value actually means.

This is one of the reasons why the connections forged in London disappeared, and DIAS did not manage to become a movement. However, on the other hand, it strengthened the resolution of other movements such as Fluxus, Concrete Poetry and Viennese Actionism. On the latter DIAS probably had the strongest affects developing a particular genre of violent self-expressivity in performance art. The violent his- tory the artists represented has been equally augmented by the increase in wars, genocide and environmental destruction. Indeed, an entire corpus of feminist, gay, lesbian and transgender performance, as well as other aspects of identity politics, including post-colonial subjectivities, may be found in the simultaneously liberating and potentially harmful ways that Viennese Actionism has been interpreted. Viennese Actionism’s primary legacy, and by extension DIAS’ one, has been the pervasive increase of practices that put in risk the body and life of the performer.

Over the last 40 years, the art scene has seen waves of performative actions that play with the limits of the integrity of the body, for example, the bloodletting actions of Franko B in the late 1990s and early 2000s.
It is undeniable that DIAS represented the most concentrated influx of experimental artists into London since the 1930s, pioneering socially engaged art on an international level there. These artists and their production were seen as a cultural force capable of shaping the social and political life. Some of the participants of DIAS such as Ivor Davies, Kenneth Hemble and also Yoko Ono, stressed the centrality of art in producing new forms of knowledge, perception and insight in life. It does not mean that they transformed art into life. Instead, destruction, as a processual practice, was introduced into the artistic vocabulary. Their techniques included demolition and wreckage through means such as an explosion, burning, tearing, and cutting; the implementation of destruction by natural elements such as wind, fire, rain, water and gravity; and the destruction of psychosexual conventions and social constraints through the creation of emotionally intense and conceptually challenging psychophysical situations.

In this sense, nothing could contrast more strongly with Minimal Art’s appearance and exhibition venues in the mid-1960s than the sites and objects of DIAS. These divergent environments reflected the values and aims of different conceptions of the avant-garde, which some champions of Minimalism have failed to grasp.
Neither they have understood the paradox that DIAS’ artists identified: “The need to change the very function of objects in both capitalist and communist cultures required unravelling the vaunted value of individual works of art by disembodying base matter as a means to reveal destruction in society.”

Although Conceptual Art achieved the most detailed and systematic disassembly of conventional art institutions, DIAS was its rude herald. Blowing up and burning down conventional forms of representation, dismantling language, “paring the lumpy body from the skeleton to brew a body and soul extract”—as Günter Brus insisted—DIAS echoed the historical denunciation of the humanist project already engaged by Nietzsche, Dada and Surrealism. The problem was that the very means of destruction distracted them from its social aims, even though the content of destruction in art directly connected to and commented on Adorno’s belief that “writing poetry [and making art] after Auschwitz is barbaric”.

Brus, one of the most radical and therefore most important figures of Viennese Actionism, highlighted his larger purpose later: “Neither destruction nor violence have ever been theme of my actions. I considered them as an expansion of Art... react[ing] consciously or unconsciously to these phenomena. Art always relies on hope, even if its expression is sometimes as negative as can be.”

[•] Dario Gamboni | The Destruction of Art: Iconoclasm and Vandalism since the French Revolution | Reaktion Books | 2013 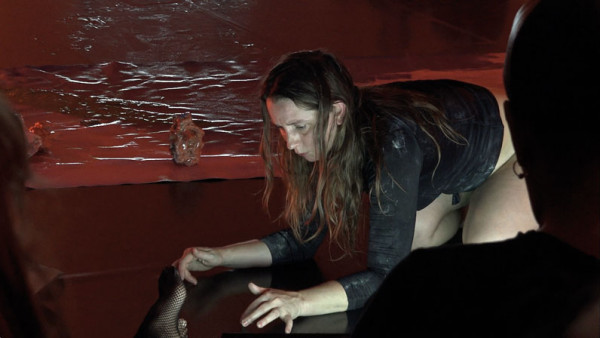 Androids, cyborgs, and avatars are new territories beyond the body’s biological condition. However, these territories ought to be also a discursive extension, where new identities, categories, and values can coexist. 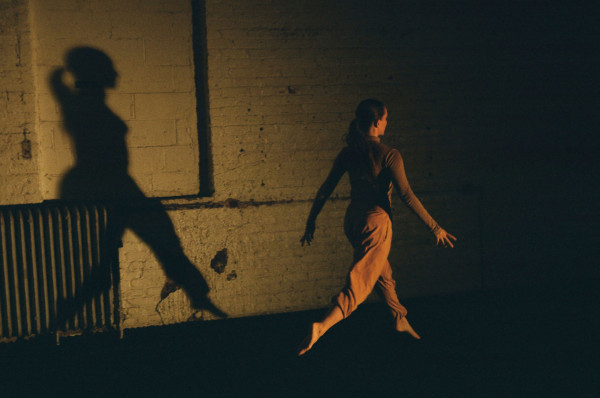