is a lecturer at the Department for Romance Languages, Literatures and Cultures of the Humboldt University in Berlin.

Fiction, understood as the act of feigning, inventing, or imagining, states reality as its counterpoint. Reality, then, is the quality of being real, the condition of real things, facts, or events taken as a whole or, in philosophical terms, something that exists independently of ideas concerning it. This resumes briefly the popular consensus of the meaning and the relationship between fiction and reality. It reflects, once again, the (human) need for binary models, our strange wont to think in binary systems: yes or no, black versus white, man versus woman. The history of Western thinking is embedded in this differentiational way of contemplating what surrounds us.

In the brief essay “Da ficção” (On Fiction), published in the newspaper of Ribeirão Preto in 1966, the philosopher Vilém Flusser took the differentiation of the terms fiction and reality to its extreme by overlapping them and letting, eventually, fiction win over reality. He repasses the philosophical tradition of thought and argues that “Fiction is the only reality. [...R]eality is fiction, and fiction is reality.” The essay concludes by invoking a certain knowledge deposited in literature:

“Our epoch pretends to be mad. Deep down we know what reality is. A reality that neither experience nor knowledge can provide, because both are misleading. A reality that faith alone provides. But mind you: who pretends to be crazy, is crazy. Hamlet pretends to be mad—but his fiction is, for this reason, his reality. After pretending to be crazy so much, Hamlet proves he is mad. In pretending to believe in both the fiction of experience and reason, we lose faith in reality.”

How do belief and faith enter the discussion of reality and fiction? Art and, most notably, literature in its narrative and esthetic dimension create, change and shape reality. They show us different ways to behold the graspable and visible environment. Literature might guide faith in the consideration of what is real. In Odysseus’ Scar, the first chapter of “Mimesis. The Representation of Reality in Western Literature”, Erich Auerbach showed the extent to which descriptions of a reality differ. He compares Homer’s “Odyssey” to the Bible, or more precisely the scene (Odyssey, book 19) of Odysseus’ homecoming “in which the old housekeeper Euryclea, who had been his nurse, recognizes him by a scar on his thigh”, and the Old Testament account of the sacrifice of Isaac. Auerbach performs a close reading of these two narrations and shows how the course of action is narrated. He coins the terms Homeric style and the Old Testament style and ascertains how their entirely different mode of narration create contrarily possibilities of belief and therefore reality:

The claim of the Old Testament stories to represent universal history, their insistent relation—a relation constantly redefined by conflicts—to a single and hidden God, who yet shows himself and who guides universal history by promise and exaction, gives these stories an entirely different perspective from any the Homeric poems can possess. As a composition, the Old Testament is incomparably less unified than the Homeric poems, it is more obviously pieced together—but the various components all belong to one concept of universal history and its interpretation. If certain elements survived which did not immediately fit in, interpretation took care of them; and so the reader is at every moment aware of the universal religion-historical perspective which gives the individual stories their general meaning and purpose. The greater the separateness and horizontal disconnection of the stories and groups of stories in relation to one another, compared with the Iliad and the Odyssey, the stronger is their general vertical connection, which holds them all together and which is entirely lacking in Homer. Each of the great figures of the Old Testament, from Adam to the prophets, embodies a moment of this vertical connection.Erich Auerbach | Mimesis | Narr Dr. Gunter | 2003 | 16

While Homer sheds light on every detail of the narration and by doing so describes and orders all there is, the openness and “inaccuracy” of the Biblical text asks the reader implicitly to believe in the necessity of the represented course of action. The practical outcome of the Bibles representation of reality can be summed up by the keywords Christian faith and Church. Readers believe in the literary representation of the ancient reality albeit it lacks clear facts and figures. In a different way, French philosopher Roland Barthes, showed in “A Lover’s Discourse” how reality and fiction influence one another. He picks the telephone, an object so important to our realities today, to demonstrate the problem of “waiting”:

I am waiting for an arrival, a return, a promised sign. This can be futile, or immensely pathetic: in Erwartung (Waiting), a woman waits for her lover, at night, in the forest; I am waiting for no more than a telephone call, but the anxiety is the same. Everything is solemn: I have no sense of proportions. [...] Waiting is an enchantment: I have received orders not to move. Waiting for a telephone call is thereby woven out of tiny unavowable interdictions to infinity: I forbid myself to leave the room, to go to the toilet, even to telephone (to keep the line from being busy); I suffer torments if someone else telephones me (for the same reason); [...] All these diversions which solicit me are so many wasted moments for waiting, so many impurities of anxiety. For the anxiety of waiting, in its pure state, requires that I be sitting in a chair within reach of the telephone, without doing anything. [...] The being I am waiting for is not real. [...] the other comes here where I am waiting, here where I have already created him/her. And if the other does not come, I hallucinate the other: waiting is a delirium. The telephone again: each time it rings, I snatch up the receiver, I think it will be the loved being who is calling me (since that being should call me); a little more effort and I “recognize” the others' voice, I engage in the dialogue, to the point where I lash out furiously against the importunate outsider who wakens me from my delirium.Roland Barthes | A Lover’s Discourse | Hill and Wang | 1978 | 37

Do we ever know what is real? In the reality of a room, in which the lover is sitting and staring at the object telephone, images and narrations formed by the forces of fiction interfere. The telephone is being transformed from the mere object of communication to a universal signifier of hope “Will s/he call and end my suffering (waiting)?”. What is the force that works between reality (material objects, facts) and fiction (the ungraspable desire of the actualisation of an imagined narration)?

There is a fruitful tension between two words whose difference is marked by only one letter. Add an “r” and fiction becomes friction. If we look at the etymological roots of both terms there appears a cunning contingency. Fiction derives from the Latin verb fingere “to shape, form, devise, feign” but also connotes “to knead, form out of clay”. Thereby fiction is not only an action of the mind but contains a strong materialist notion of a graspable and real material. Moreover, from this point of view fiction is connected to the earthly dimension represented by clay. If we want to perform the action of kneading we need clay, or the a priori idea or knowledge that clay is a material that can be worked and transformed—both into a useful bowl or an artistic figure.

Friction is believed to derive from Sanskrit bhrinanti or Old Church Slavonic briti meaning “to cut, to shave”. It connotes a sense of resistance to motion and can figuratively mean “disagreement, clash, lack of harmony, mutual irritation”. In this sense, through friction the real material of clay is cut and shaved, towards a form of clay which lies within this raw material but has to be worked out. The earthly materials thus connect with those of the imagination, for the reality and fiction are inseparable. Let’s not forget that Odysseus, is considered to be the prototype of modern European man, the fictor (lat. for molder, sculptor) of deceit whose restless spirit is one of the keys to successful return home after his journey. 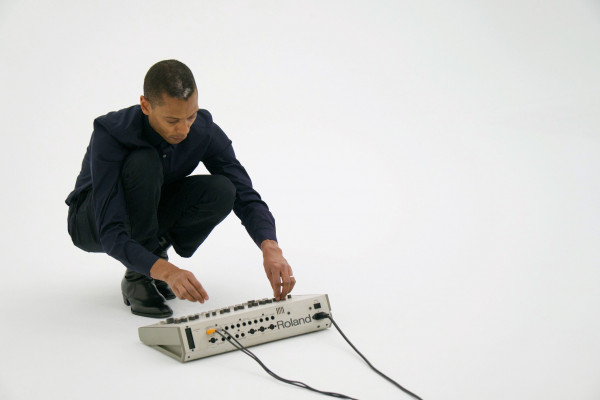 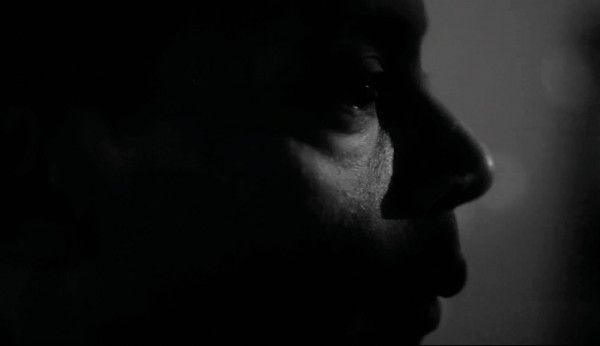 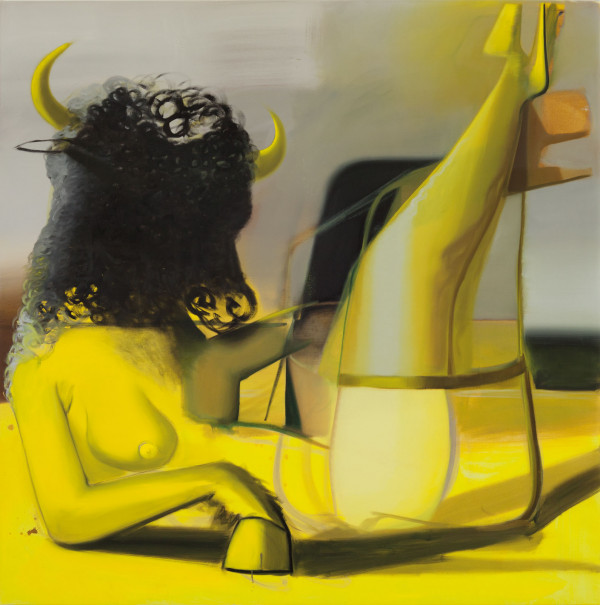 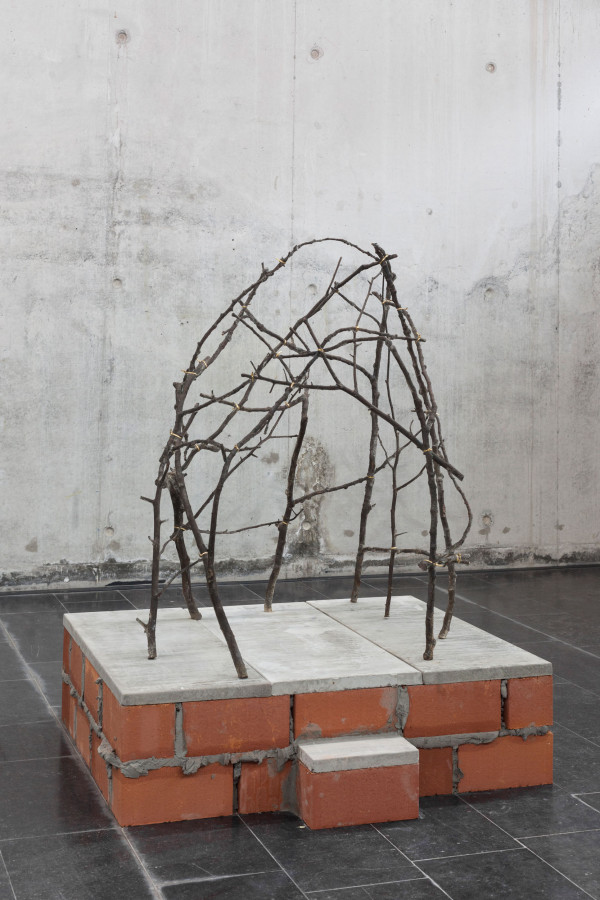 Like Cézanne’s Apple, I began to see Electronic Music differently when I realized all the possibilities that were in my reach.