From Uncanny Valley with Love

Welcome to a strange place where things are almost real... but not quite. A computer-generated no man’s land that started to exist more than 50 years ago. It took until the mid-1990s for a critical mass of research to enable anything close to photorealistic renderings alongside the personal computer revolution. This body of research helped several 3D and animation studios to pioneer the production of photo-realistic Computer Generated Imagery (CGI) on an industrial scale. Computer scientists incrementally created a library of physical forces and phenomena, of natural objects, textures, and elements like water particles, human motion and hair, and now, finally, they are able to render powerful images of the human body with more accuracy, speed and clarity than ever before. It is a consensus within the field of Visual Effects (VFX) that more or less anything can now be simulated realistically.

The big film studios started a battle about volume, scale, speed, frequency, and density of the effects, and with cinematic universes like Star Wars and Marvel, they are forced to pump a steady stream of spectacular content over the years, or even decades. Instead of being afraid by the Uncanny Valley, a term first coined by Japanese robotics professor Masahiro Mori in 1970, it seems we have already conquered it. Mori’s essay “Bukimi No Tani” elaborates on how he envisioned people’s reactions to robots that looked and acted almost like a human. In particular, he hypothesized that a person’s response to a humanlike robot would abruptly shift from empathy to revulsion as it approached, but failed to attain, a lifelike appearance. This descent into eeriness is known as the Uncanny Valley. Since then, researchers have explored its implications for human-robot interaction and computer-graphics animation, whereas others have investigated its biological and social roots.

Apparently, not only humans are experiencing it. In 2009, Shawn A. Steckenfinger and Asif A. Ghazanfar published results to “address the putative evolutionary origins behind the Uncanny Valley by examining whether it is based on human-specific mental structures”. They presented long-tailed macaque monkeys with digital video clips—both static and dynamic—of three different forms: a real monkey face, a realistic synthetic face, and an unrealistic looking face. In the end, the primates tended to look longer at real faces, and at unrealistic faces longer than at realistic synthetic faces, and, thus, the visual behaviour of the monkeys matched the behaviour exhibited by humans experiencing the Uncanny Valley effect. On a psychological level, it is about the functionality of empathy. Studies have shown that observing another person’s emotional state activates parts of the neuronal network involved in processing that same state in oneself, whether it is disgust, touch or pain. And again: This is something not related to humans only—the so-called mirror neurons that fire both when a creature watches another perform, as well as when they perform it, has been discovered in monkeys as well. But there are biological limitations to empathy. A chicken, for example, can only remember and recognize the faces of 110 chickens. Each additional one confuses and leads to them having to panic attacks. This is one of the reasons why they tend to kill each other as soon as they are penned in cages in enormous numbers. For us, it is about how familiar and human a body looks—and moves.

According to Ernst Jentsch:

“With the word unheimlich [‘uncanny’], the German language seems to have produced a rather fortunate formation. Without a doubt, this word appears to express that someone to whom something ‘uncanny’ happens is not quite ‘at home’ or ‘at ease’ in the situation concerned, that the thing is or at least seems to be foreign to him. In brief, the word suggests that a lack of orientation is bound up with the impression of the uncanniness of a thing or incident.”

The work of the German psychiatrist Ernst Jentsch was a significant influence on the theory of the Uncanny Valley. In the essay “On the Psychology of the Uncanny” from 1906, he doesn‘t attempt to define the essence of the uncanny, as such a conceptual explanation would have very little value. “The main reason for this is that the same impression does not necessarily exert an uncanny effect on everybody. Moreover, the same perception on the part of the same individual does not necessarily develop into the ‘uncanny‘ every time, or at least not every time in the same way.” He further elaborates that the uncanny is usually a correlation “new/foreign/hostile” that corresponds to the psychical association of “old/known/familiar.” In the end, this means that the Uncanny Valley is something subjective and temporary. Something that exists only as long as it does not enter the consciousness of the individual. Thus, technological progress is not the only reason for a more rarely occurring Uncanny Valley. We just got used to bad, almost unreal computer graphics within the last decade, and now as CGI reached a new peak, at least in the entertainment sector, the phenomenon remains in the dark.

What comes to light now, though, is the territory beyond the Uncanny Valley. CGI became so spectacularly photorealistic that it is hard to differentiate between a real image and CGI. David O’Reilly and Kim Laughton curated a Tumblr called “#hyperrealcg” that showcases “the world’s most impressive & technical hyper-real 3D art”. And indeed those images hardly seem computer-generated, which can be seen as a big success of CGI. But there is still the other side of the coin: If images can be rendered that realistically, how is it possible to tell which are real and trustworthy? The human body so far has been the very last object CGI had troubles with. But now, as the digitally designed body can be completely detached from its physical counterpart, it seems that a new post-truth era arose.

Last year, we witnessed videos showing that it is already possible to transfer someone’s facial expressions onto another face in a moving image. For example, putting words in a politician’s mouth went viral and proved that technology might have gone too far. Photorealism can be hijacked at the click of a button—and given the sophistication of recent machine-learning techniques—it is not such a far-fetched idea that a fully computer-generated version of the human body will exceed its real-life competitor in the near future. The problem is: If you can tell it is CGI, it is a bad CGI. In other words: Its invisibility is proof for its success. And this results in a completely new cinematic style. Film theorist Steven Shaviro calls it “post-cinema”. In many recent sci-fi action movies, the scenes are cut together so quickly that it becomes hard to follow what is happening.

It is as if the edits are exploding as spectacularly as the buildings in it. This affects the continuity in space and time, which gets lost in intense sequences full of destruction and special effects. Furthermore, the virtual camera is not constrained by space and can go anywhere to introduce dizzy new perspectives and edits that could not have been accomplished with a physical camera or camera operators. CGI simulation can tweak physics to make explosions more explosive, creating a kind of surreal pyrotechnics and, most importantly, CGI economics do not support contemplation. There is no such thing as slow CGI.

Besides Hollywood and its very own blockbuster universe, there is still a land of wilderness, described by 3D artist Alan Warburton as “lawless and carnivalesque.” Artists like Al and Al, Claudia Hart, John Butler or Chris Landreth set the stage for today’s CG experimentalism a few years ago, and they continue to produce ambitious, articulate work with CGI by embracing its imperfections. Compared to glossy, high-end studios like Pixar, the works by small viral content factory Cool 3D World seem to be highly outdated. But it is, perhaps, a great provocative example for an artist duo that is building its gross cinematic universe with limited resources that cannot erase the traces of software that an army of artists and technicians working on a VFX blockbuster can. They accept the materiality of CGI allowing it to collapse under its own weight. In their videos, warped bodies intersect, simulated fluid seems hyperreal, but in the end, it is a tapestry of finishes, effects, surfaces, engines, and algorithms that demonstrate the complexity of the medium.

The work of motion designer Albert Omoss acts like a gateway drug to a strange land of corrupted bodies, and next door to him there are artists like Kathleen Daniel, Jon Rafman or Jacolby Satterwhite who make the most of cheap CGI to express elaborate and theatrical scenarios. Ed Atkins and his video works are taking this to another level by combining CGI with the spoken word that is as imperfect and insufficient to present anything real as its visual counterpart. He describes the spaces shown in his show “Old Food” at Berlin’s Martin-Gropius-Bau in 2017 as very generic, as “the cabin,” “the garden” or “the nowhere space.” Every character is trapped in its ideal animation waiting for a purpose, and there is apparently something missing without the visitors being sure about what. Atkins hopes that they are aware of themselves in relation to the various non-bodies in the show because there is nothing alive except for the viewer coming through it. In this regard, he states: “It’s about what is not there. And what is never there in these digital videos is real people and real bodies. Even they try very hard to appear like that so they might weep constantly which they shouldn’t do because what have they got to be sad about.” 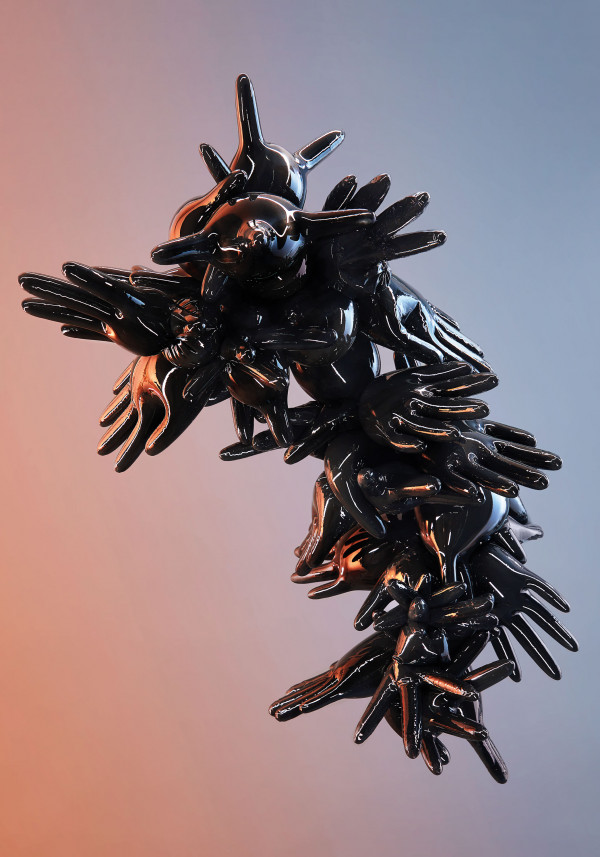 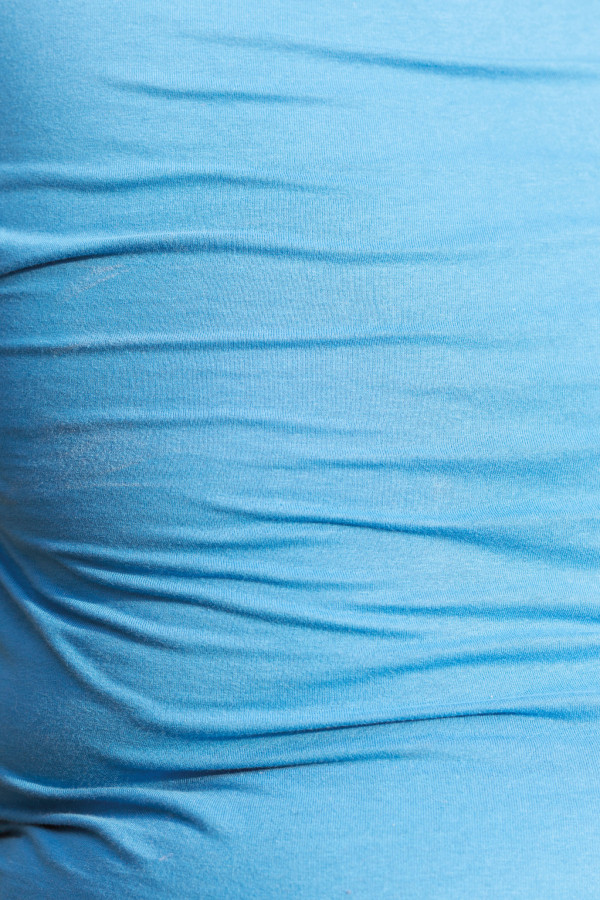 Where else would one feel ecstasies and raptures if not in and with one’s own body?

We use somatic exercises and partner work to find this feeling from the inside out, rather than applying an external shape on our bodies.