Liminal Fetish and Diffuse Image at 1350°

is a Mexican curator, researcher, and university professor living and working in Puebla.

Art is rationality criticizing itself without being able to overcome itself
—THEODOR W. ADORNO

We are convinced of this: in the image era, art is not even by chance a hegemonic producer of visuality. The development, imposition and circulation of imageries are globally executed by subjects working on fields others than the artistic. So, images of desire generated by publicity, films and other audio-visual narratives have managed by far, to be the main constructors of global visual culture, and therefore, the most relevant producers of the image and its fetishist consumption. As Julia Kristeva pointed out in an interview with Arnaud Spire, images “are the new opium of the people”Julia Kristeva and Arnaud Spire | The Future of a Defeat (Interview) | Parallax Vol. 9 | 2003 | 21–26, and it is worth to say that artists are neither the only nor the most important dealers.

The secondary role of art in the production of imagery is, as Adorno understood, to be expected. According to him, one of the strongest qualities of art since the Modern period is its critical attitude. In order to achieve this critical condition, it is imperative for art to shun its own definition and develop a tendency towards the unrecognizable this is, the non-identical. So, it is logical that art operates from the liminal, assuming a transitional gesture and locating itself in a sort of threshold.

The maelstrom of images emanating from all the visual fields has penetrated the global culture so deeply because, as Susan Buck-Morss says, all of these have come to constitute an image-world.Susan Buck-Morss | Visual Studies and Global Imagination | susanbuckmorss.info/text/visual- studies-and-global-imagination/ Through media, world becomes image and presents itself to the people as if everything that exists could be seen. The total image or the image-world, even though is articulated by an infinite number of images provided by the media itself, appears to our sight as total, flat and complete, comprehending the totality of the world’s existence. This hegemony of the eye generates in us the feeling that we are enabled to behold everything, leading us to a fetishistic behavior conducted by a consumerist gaze.

The visual experience of constantly consuming the image-world is voracious, obsessive and apparently holistic, constituting a subject of the unpunished gaze that contemplates an object that surrenders to consumption. Just observe the speed of our scrolling on Instagram or analyze for a few minutes the tendency of the unwrapping videos to notice the fetish for the image as a substitute for the embodied experience. If everything is available to be seen, how can art criticize the fetishist aesthetic experience of the gaze? For Adorno, the products of the artistic labor irremediably carry a fetish quality. On one side, it is unavoidable for the artwork in the current system to enter in the category of commodity, since it is a product which symbolic value highly surpasses the pure materiality and gains an almost magical essence, auratic in Benjaminian terms. On the other side, Adorno considers that it is precisely the fetish attribute that allows the artwork to question and fight against itself, since it is distinguishable from common things. So, it is through objects and acts (even sometimes leftovers of the acts) that artistic labor gets materialized and in consequence ends up being considered fetish. This profound contradiction, for Adorno, concretes the negative dialectics that produces self-consumption, criticality, and darkness in art.

A strong reference of this idea are Hector Ariel Olguin’s works, where the self-combative intention of art comes into presence. Redundantly fetishistic, Olguin’s images emphasize its condition of objects by resting uncomfortably on precious supports like paper, porcelain, fabrics and even human bodies. So, materiality as part of the artistic labor is exacerbated in order to bring attention to the complex existence of the artwork, that is part of and circulates in the system of consume of objects, but in a tense and dark manner.

In Negative Dialectics, Adorno highlights the darkness of the artwork as a weapon that set conflict in its objectuality, since darkness helps to “cancel the spell that this world casts by the overwhelming force of appearance, the fetish character of the commodity”.Theodor W. Adorno | Negative Dialectics | Continuum | 1981 | 93/76 Darkness then aris- es as a characteristic in opposition to the obvious and “holistic” images to counterweight the crushing power of the fetish. Unlike the world-image prevailing in global visual culture, in which everything is “clear”, direct and closed for divergence or ambiguity, the artistic image stands for the opacity and indetermination in order to allow the subject a complex experience. This is how the artistic image and its darkness would be a battle front from where it is possible to criticize the realm of the image, even though an inner contradiction merges from the very interior of the artwork as image and as object.

1350° is a photographic series by Olguin inspired by the Shunga (Japanese erotic stamps), making sexuality and erotism its evident motifs. In the complete set of images, the contradictory aesthetic experience referred by Adorno and his negative dialectics of art is remarked: First, 1350° is materialized as a fetish since the consumption of these images makes us voyeuristic subjects. Nevertheless, this bond with the images doesn’t happen as in the usual contemporary sexualized objects, particularly because in 1350° the shapes are diffuse and the pictures have barely achieved to capture the moving bodies in ecstasy, making it impossible for us to fully possess (see) them. Also, Olguin draws attention to fetishism using porcelain cameos as surfaces for the printed photographs, this is, jewellery that paradoxically carries dark images of the private world, interrogating thus, the statute that this piece may have in the general system of objects.

Erotism surrounds the whole idea of the sensible experience and the artistic image, and in 1350° the aesthetic condition departs from the uncertainty that is suggested in the sexual gesture. The moving bodies are shown diffused and inapprehensible, and its fugacity points out the impossibility of the image to be truly shown in a photography. Through allusions and fragments, contemporary Olguin’s Shunga is recreated in the proper darkness of the artistic image, accentuating its liminal and contradictory condition. A diffuse image, that uncomfortably poses over the porcelain cameo reinforces that art is a dark fetish continuously looking for its self-extinction. 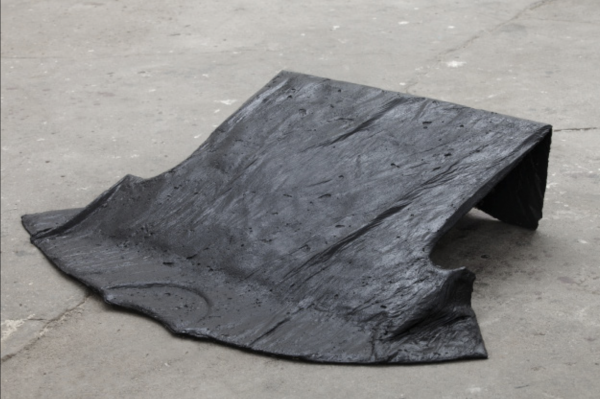 The fetish for glow, the iridescence, and shimmer growing over our bodies like a skin made of light, cannot be detached by references to enhancement, the almost untouchable, the undying dream of artificial.

In some ways, the driving force behind my work is failure. 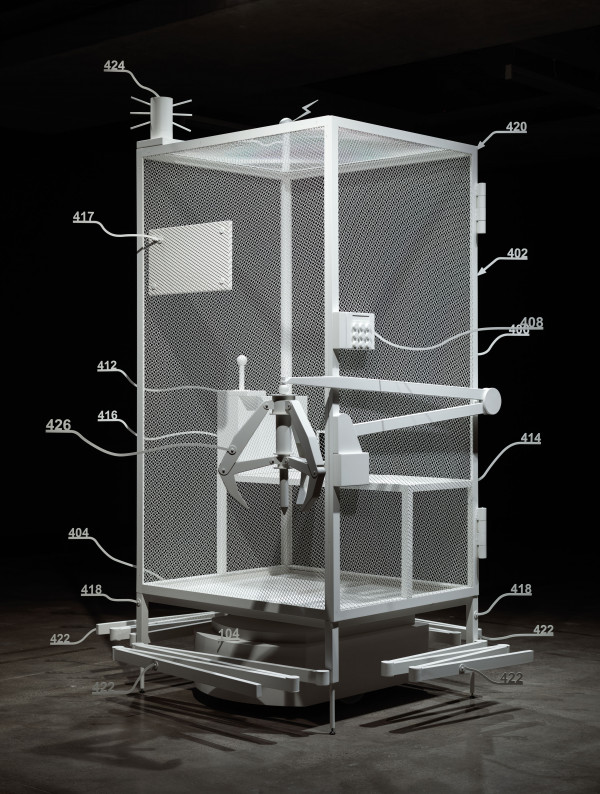 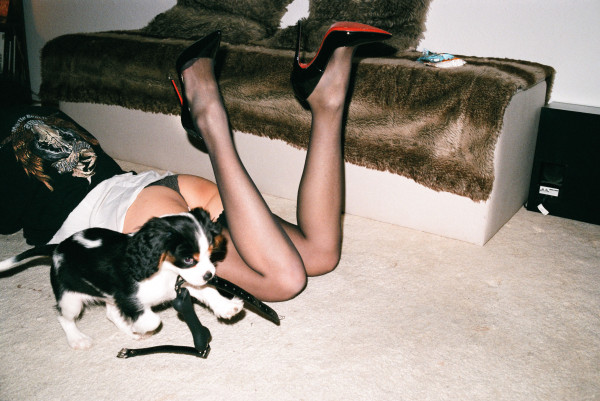 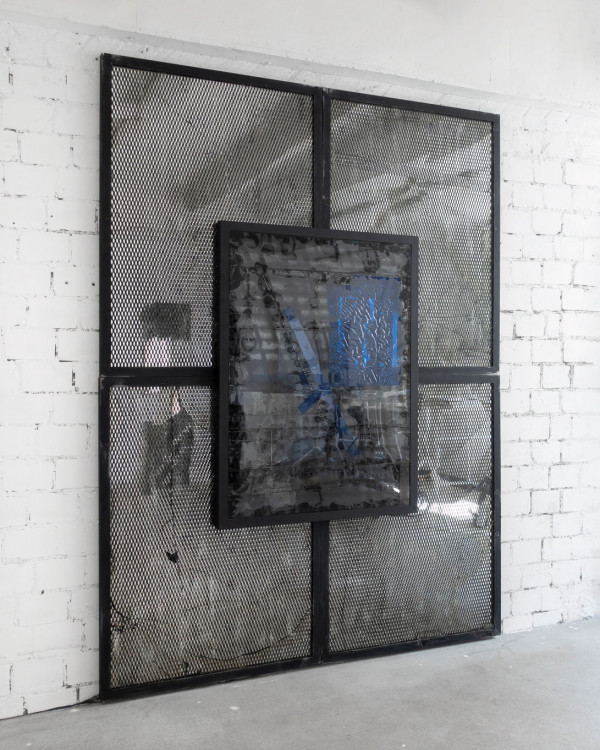