notes on ?-based language

is an artist living and working in Porto.

if every country is a land, a language and a culture (is and not has),
they nourish and feed each other, while they maintain their
cannibalistic intentions, as a self reproduced system

form, canvas – formulation in this case – is substance
that we should keep in mind
and also this:
BEING is SAYING
to be is to say

virtually or not, there’s always an elastic band – the mask
disappeared – which is the first shield that keeps invaders away from
our personal ground. The invader is always the other
::: the foreigner::::

Someone gets close, with a body movement. And then he says:
– hey, how are you?
(name is not necessary anymore – not even age)
The answer is never sincere. It’s a norm. It’s normative. In all
the norms, grids, structures, before the break there is the
respect. Or fear, i’m not sure.

Oppression is made with fear.

And so the answer to this normative-regularized-unbrave
question is always a not important, very very vague and
empty answer. It would be overpowering to start a real
answer to “how are you”, maybe more devastating to the one
who answers than to the one who inquires.

Virtual is a really dangerous word. She stands still while she walks.

Virtual is a spider-word.
She builds resistant webs, she grabs fluctuation concepts,
assimilating. And swallowing, from time to time.

language itself is a mutant being according to territory
that is, if virtuality change, the language appearance and
phenomenons change also

if Wittgenstein made us think about the possibility of different
language conceptions on colour (what if there was someone who
could see-think-speak about a greenish red?) maybe it can be a
enlightening exercise to think about someone with a different
language code - we might think : what about someone with a parallel
conversation code?
And not only by opposition but by pure laterality
(lines cross in the infinity space)

SWIPE right SWIPE left
exercise of picking up a side
and we know that picking up one side only is already a political pick of segmentation and radicalism – and we must say: radicalism itself may not be revolutionary anymore, but gratuitous.
As sex in television.
“(...) but never asked directly” - is it a situational problem related to
an un_direction? - and can the language still accomplish one single
and unequivocal direction?

Not that this means that she only exists to be read, but that she’s a
vellatura on signification layers, as language herself.

(her and she, not it : : : : IMAGE and
LANGUAGE are seductive female beings)

photography had always walked with ghosts

Self presentations, selfies mostly, came from a will to continue the
image-metaphor exercise as an absolutely narcisic felling:

?? what is there more to represent than ME, MYSELF and I??
(sometimes, my pet.))

mirrored in the mirror, voyering my reflect self, the one who seduces
me back in my contemplating moment

I fall into the self
self
self desire

(here enter the problems that problems themselves have:
every image is a metaphor ___
reality is based on a turtle and that turtle on another turtle, a more
than infinite tower, even than Brancusi’s one, more disconnected than
babel itself)

may it be that to deem someone overturns in a just process
images’ fight is in fact a fair encounter ??

if we insist rhetorically in metaphor

and in this succession that could keep on going ad eternum
eyes rhetorically say:

and the beach keep on going,
just a beach, standing as a beach.

A particular beach is also not read in the same way as a
“particular beach”
self presentation is constructed to be seen:
it’s symbolic, sign filled and highly signifier

self representation is really really near to publicity
and we’re back to the industrial sorting process.
a casting to some role
but
there’s no parameter given
and then the play begins.;;;;;;;;;;;;, russian roulette

(you sexy thing// YOU LOOK GOURGEOUS)

One find oneself in a place of fight – a pair of narcisic eyes that
want to find the other while they’re still staring at themselves –
:
One accepts also the power position: every judgement a sentence. In each gaze a little bit of adrenaline tempting the yes or the no
:

In the end, YES OR NO
no room for maybe
and the binomial can ruin us all
notes on Body movements
as in
Notes on confused-body-that-earns-a-faster-perception-throw-a-
minimal-body-movement

The pick up choreography
at school they teach us how to write. Letters have to be well drawn.
there are these two line notebooks,
kind of normative prisons for what could be
super powered drawings
that force themselves into automatic signs.

Writing, and learning how to do so
can still distinguish us as human beings

(the most barbarous lie, paradoxically,
is also the most sad truth:
we’re the only ones who appreciate to lock ourselves)

by constricting or turning some body movements into meanings that
, one may think,
could be more precise than movement without restriction orders,
we assimilate a choreography, by repetition.

we know how to dance

what the writing of dance itself gives us, that is,

We like to bite our tails. Even when we don’t have one.

Besides writing, they (who are theyy anyway?) teach us some
movements that can no longer be movements.
Or that would take a lot to clean
to be pure movement once again.

in this on going thing of
having a body that’s hidden behind an image :
the reading-perception of other representations
in a particular movement of the thumb

we’re choreographing a new dance. The new dance. One that is quite
minimal in movement but absolutely tangled of meanings
and once again one could think about this rhetorical and machine like
assimilation of body-movements

IF all the body movements, even the smallest of them all, could
TELL – really tell, and not only show, movement that could be read
in words : that would be an all new level of these
of us being language engaged bodies

IF
we were broken apart
all the parts shaped into a movement that could be read
we would turn into the perfect society, a dataistic one where
everything matches perfectly and nothing is missing
maybe one could only miss the missing

and then again,
the movement sentence doesn’t signify an image(-metaphor) of
language but – this mysterious-as-night entropic circle –
language herself.

in the end, things are things

And
that some things repeat themselves without being the same things.
The variable, as the constant, is the thing.

What unites thing to thing is time.
Time is really more than glue
to glue something means already a particular action, a different form from
what the thing could be.
The Time is, exists and inhabits in the inbetweens.

A n d so unites it all, even without glueing anything.

Time is really the constant. Not because it’s invariable.
Because it always exists.
Being and existing are not the same.
Badiou made me look to existence as being different from being.
So: existing can get worse.

Saying in another way, what can get worse, exists.
What can get worse, existence, is what, not only one can find but
also that let’s itself to be found.
The time is the being that potentiates encounters.
Time exists and besides it still is.
Time also knows, in that place: the consciousness that the things that
are beings have between them, that there are encounters of different
natures.

And also that different natures cannot be compared.
One can only compare scales.
That’s why the thing is the thing, is the thing.
Being a thing is being. Thing.

When you take a step, it’s good to know the ground you’re stepping.
But sometimes the ground is not hard enough and you were not
counting on it, and so you fall. Sometimes you fall into such a soft
ground that you take a nap and you wake up with a fresh vision on
the worlds. The various ones.
There were never rules.

But there are potencies. And potentials.
Time is beautiful when one finds it and it exists.
It is not as strong when you loose it
“loosing The time” (and not “loosing time”)
is really portentous.

Art, like life, needs to be restated constantly and protected daily.

Isn’t pleasure an important form of knowledge? Is vanity a devil in these practices? Vanity is built-in to all of us. It is a feature; not a bug. Self-preservation. 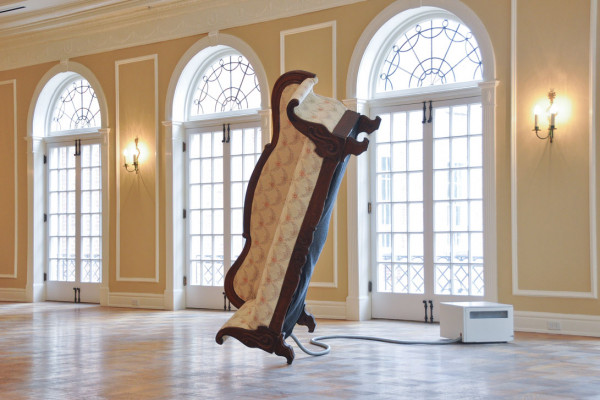 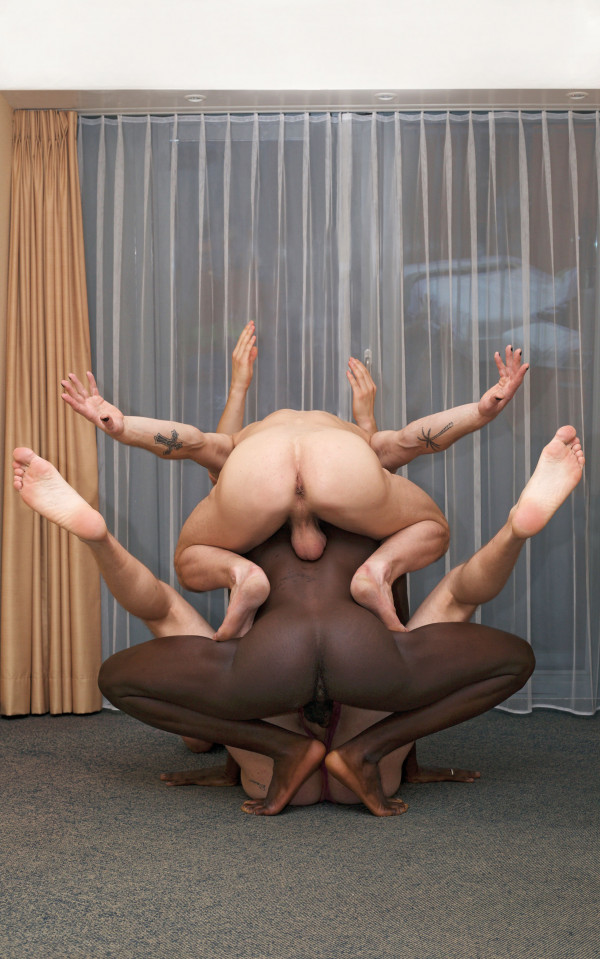