Raping the Reader: Politics as Disturbance

she works at the Department of Political Theory at the University of Vienna.

“Death is the only reality we’ve got left in our nicey-nicey-clean-ice-cream-TV society so we’d better worship it. S & M sex. Punk rock. Don’t you know, you can step into the snow, the raging ocean and the freezing snow, you can step into danger ... anytime you please ... step into me ...”.Kathy Acker | Blood and Guts in High School | Grove Press | 1978

As the members of this ‘nicey-nicey-clean-ice-cream-TV society’ many of us are, we tend to forget what it means to be political: that there is a need to imagine something ‘beyond’ the status quo. Subversive acts of art, such as the writings of Kathy Acker, often based at the fringe of hegemonic culture, can enable us to reconnect with this moment of imagination and go beyond what is comfortable and known. Put differently: subversive writing can create spaces for formerly invisible/ impossible modes of being, spaces for political agency. Current mainstream definitions of ‘politics’, limit themselves to two oppositional poles of the same narrative: the notion of a world after politics, where everything already appears to be understood, quantified and archived and all that’s left to do is keeping up the status quo. And, on the other end, an inflationary use of the term, in which every form of expression of identity, everything from our Instagram accounts to our choice of plant-based bio-milk is labelled as a political act. What we end up with is an amorphous conception of politics that robs the term of its vigorousness and, most importantly, is non-combinable with going beyond what is known or imagining alternatives, since the ideal endpoints are already defined. What remains is a sense of apathy and a lack of perspective. This is why I want to suggest a different kind of conception.

Philosophers such as Jacques Rancière and Michel Pêcheux, and feminist theorists like Clare Hemmings and Sarah Ahmed, each of them within their own terminology, have come to think of politics not simply as a reaction to the status quo, but as something that disturbs it. Put differently, politics means breaking with consistency; it means breaking with what is known and already visible. Instead of simply posing opposition, politics is the act of going beyond what is agreed upon and establishing (or at least imagining) new modes of being. “[Politics consists] in making what was unseen visible; in getting what was only audible as noise to be heard as speech; in demonstrating to be a feeling of shared ‘good‘ or ‘evil‘ what had appeared merely as an expression of pleasure or pain.“Jaques Rancière | Ten Theses on Politics. Theory & Event | 2001 This comes with the (uncomfortable) realization that something feels ‘off’. As Hemmings would put it, politics springs from a rupture between an ontological ‘ought to’ and an epistemological ‘is’, meaning that there is a contradiction between how I see myself in the world, and how the world sees me. Like the realization, that, although I am as able to cast a vote as men are, as a woman I am kept from the ballot boxes. That, as a gay couple, although we are denied the right to do so, we would be as good or bad parents as any other couple. The realization, that as a minority, inferiority is rooted in structural inequalities and identity politics instead of personal characteristics. Those moments of realization are foundational for creating a desire for change and thus for imagining a ‘beyond’ the current order of things, but they might need a trigger. Feminist writing, like many forms of ‘fringe art’, can be one way to disturb us within our ‘nicey-nicey-clean-ice- cream-TV society’.

THE UNCOMFORTABLE LECTURE OF KATHY ACKERS

One excellent example of this is the work of Kathy Acker. She dares to rewrite the concepts of female pain and suffering. That way, she makes the dissonance between ‘is and ought’ visible, literally sensible, and ultimately reclaims power over meaning: Her 1978 novel Blood and Guts in High School, a masterpiece of “postmodern pastiche”[3], ‘rapes’ the reader. Her/his experience is violent and ultimately dissonant. Not knowing what comes next (and what it will do to you), the texts’ “feminist aesthetic of shock” [4] constantly borders on taboos and potentially goes beyond what is comfortable for one to read/see/think. Ackers’ work is a collection of voids, silences and dead-ends: You get lost. You get angry. You become bored or annoyed.
It plays with subjective consistency: ‘You’ becomes ‘I’, the ‘Reader’ becomes ‘Janey’. Fiction becomes biography, then becomes poetry. Meanings of pain, pleasure, violence and appropriation are in a constant state of flux. But exactly this does the job. Through a constant demand for interpretation and confrontation, the reader as subject is put in a privileged position. Phrased differently, “the question of what’s in the work of art (a question about the object) is replaced by the question of what the reader sees (a question about the subject)”Muth | 2012.

Acker undermines common (heteronormative) notions of free will, agency and consent. This potentially leads the subject-reader to question her/his own position within these often naturalized modes of being and to imagine a world beyond the known and comfortable. This is disturbance made sensible: In experiencing and individually feeling dissonance, there is a moment of suspense in which new forms of language and subjectivity become expressible. We might get to glimpse a world differently. To paraphrase Acker: It is a step into danger. And that, ultimately, is politics. 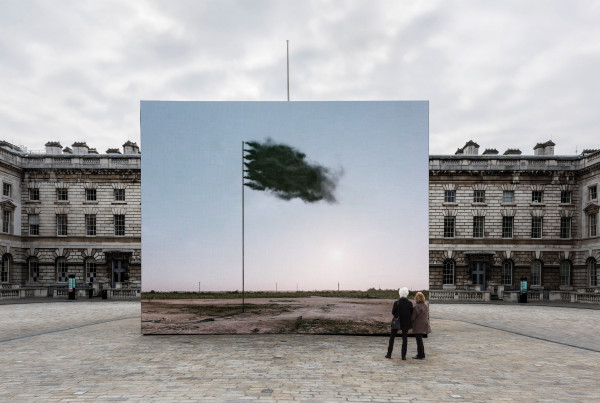 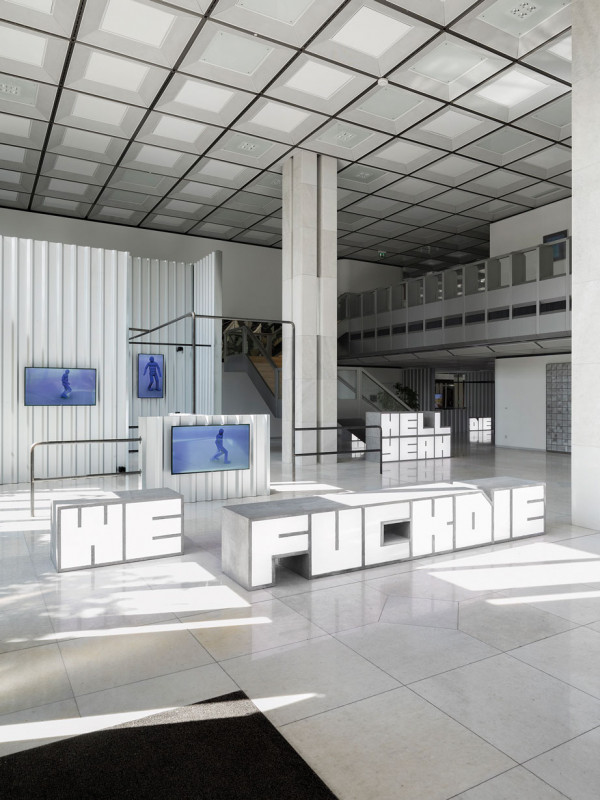