The Power of Absence

What is possible to see, but especially, what is not feasible to perceive, affects individuals and their behaviour in society remarkably. The way we observe the forms of the world shapes our present reality and our future potential.

To unlock this potential, we need to understand how humans construct reality by seeing. The brain’s perceptual restructuring of an image—or reality—has two parts: first, projection, which reflects the vision, and second, inference or “knowledge, which is based in parts on interface and may be conscious and unconscious”.Ernst Gombrich | Art and Illusion: A Study in the Psychology of Pictorial Representation | 1960 According to Ernst Gombrich, our brain is a “bottom-up process”-based visual system that evolved over a period of millions of years.

This system knows how to deal with the expectable universe we live in. Take, for instance, the sun: it’s the most common source of light, so every time we see a source of light we expect it from above – because the sun is above. However, there is, as well, a top-down process going on visual perception: we, each one of us, have different life experiences, and this is exactly what influences those bottom-up processes. Consequently, the meaning given to the image depends on the viewer associations and his/her knowledge of the world and the capability to recall that knowledge. This principle, Gombrich believed, is fundamental for the perception and comprehension of the world. Thus, the act of seeing is interpretative, which results in 7.5 billion different realities.

In this order of ideas, the simple and natural act of seeing produces knowledge. With this in mind, it is quite clear why people in power are interested in (visual) censorship: censorship limits seeing; thus, it limits knowledge. “The easiest and widely used form of censorship is one, that makes content unrecognizable.”Marion Kliesch | Ästhetik der Zensur | niggli | 2017 Images had always been blacked out or whited out, visually emphasizing the lack of colour and light. The un-knowledge usually lies deep in darkness. However, it is important to recall, that nowadays also pixelated or blurry satellite imagery on Google Maps belong to this category. The question is if these ways of censorship really serve their purpose, as they attract more attention rather than making something invisible. Imposing a ban on not seeing something won’t stop people’s curiosity: in 1777 the Austrian index of forbidden books was banned because of its popularity, which means the index itself was part of the index.

There are also more subtle and ambiguous forms of censorship. The frame is one of them. Before paintings wanted to create realistic representations of reality, there “was the window, a frame you could look through”.Rafael Henneberke | Percetual Frames | 2016 Italian painter Alberti was later inspired to use it as a grid for perspective. Subsequently, the frame went from the window to the painting to the photography, something you could look at, with clear delimitations. Nowadays, the frame of digital screens is something you could touch and use. The frame in its traditional and limited form, which gives us navigation and created order in the way we perceive our reality, disappeared. This democratization of ‘re-framing’ is one of society’s biggest issues. What was as relevant as the interior of the frame used to be the space outside the frame. But nowadays we’re losing focus, getting confused and lost, because digital frames are dragging us in. Today there’s so little outside of our natural perception that we are unable to cope with reality if it is not through the filter of a screen. The potential is too big.

The fundamental principle of gestalt is the law of “Prägnanz”. The Austrian philosopher Christian von Ehrenfels elaborated on it and came to the conclusion that “people will perceive and interpret ambiguous or complex images as the simplest form(s) possible ”.Christian von Ehrenfels | Über Gestaltqualitäten | 1890 We prefer “things that are simple, clear and ordered”.Bruno Munari | Square, Circle, Triangle | Princeton Architectural Press | 2015 Things that take less time for us to process. But there’s a second gestalt principle: Reification, or the process when our mind fills the gaps. There isn’t always an exact match of what we see in our memory. And when there is not something compatible, we find a near match and fill in the gap of what we think we should see. This suggests that we’re able to compensate what is absent to see what is present.

We can’t doubt that the image that occurs in our mind is more likely an automatic process, unconscious activity than something we work on. “We more often follow our imagination that trains the mental imagery to control it. That makes us relatively easy to control.”Viktoryia Shydlouskaya | The Essence of the Beholder’s Share | 2016 We follow a stimulus while we are not aware of its nature and do not know yet whether or not do defend from it.
This mechanism houses huge potential and its part of the concept of ‘Futurability’. In his latest work, Italian theorist Francesco Berardi challenges the deadlock of the present and tackles the question if there’s a way to disentangle each one of us from a global order that shapes our politics as well as our imagination. Characterizing possibility as content, potency as energy and power as form, Berardi suggests that the field of the possible is only limited (and not created) by the power structures behind it. “Other futures and other worlds are always already inscribed within the present, despite power’s attempt to keep them invisible.”Francesco Berardi | Futurability: The Age of Impotence and the Horizon of Possibility | Verso | 2017

But it’s possible to uncover them by rethinking our perception. Looking back in history, this already happened several times, as human curiosity and its discoveries resulted in a new world order. In 1859 french aeronaut and photographer took the first images of the Earth from a hot-air balloon and it shifted our horizon of possibilities from the straight line at the end of our field of view to somewhere in outer space. More than hundred years later NASA managed to capture the globe in black and white and publisher Steward Brand put a similar picture on the cover of his Whole Earth Catalog—a collection of literature, philosophy, theories and objects, often seen as the precursor of today’s search engines—accompanied by the following quote: “The first photos of the earth changed the frame. We began to talk more about humans and less about Germans or Americans. We began to start talking about the planet as a whole.” This happened because for the first time the whole planet could be seen.

Today we are limiting ourselves with frames and filters that are distorting our perception by telling us what to see. To change the current state of mind, we should focus on shifting perceptions and changing the frame again and again, simply because you can’t be what you can’t see. 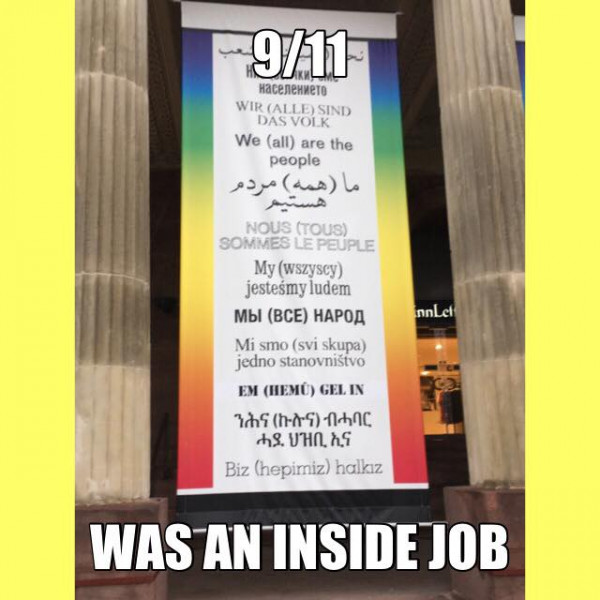 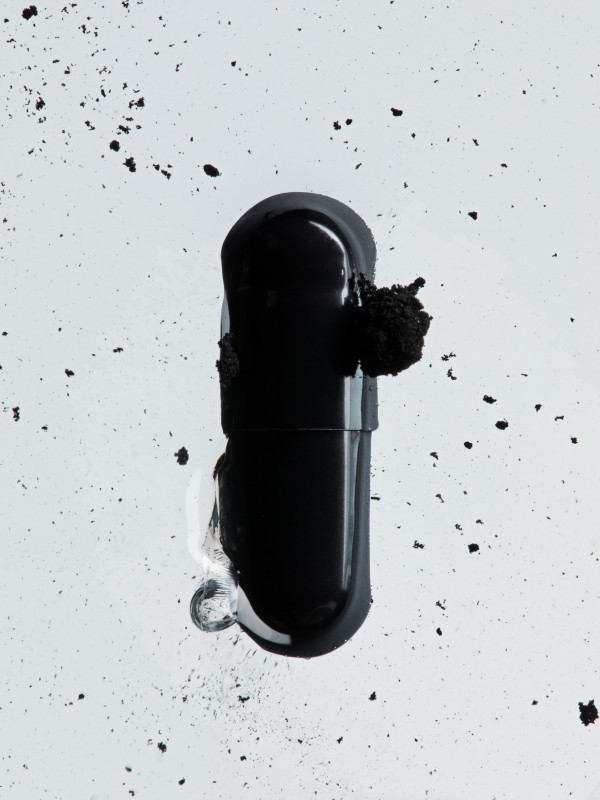