Aesthetics: And Smooth and Striated Space, 572-82.

is an artist and researcher. He writes his PhD at the Royal College of Art and lives and works in London and Berlin.

What a peculiar title. The first part of the title is identical to the theme of the whole issue (how is he going to talk about the whole theme in only 1000 words) and the second a grammatical nonsense (he hopefully will not talk like that in those 1000 words). Only the last part starts to clarify the title. The numbers uncover an index entry at the end of Thousand Plateaus, Gilles Deleuze and Felix Guattari’s work that can easily be described as a post-conceptual artist bible, and at the first sight peculiarly containing this only entry about aesthetics. What do they have to say about aesthetics in those 10 pages and is that really the only place where they talk about aesthetics? The present essay is neither an explanation nor a review of Deleuze and Guattari’s work. It is a small hint or indication of a possible trajectory when traversing their different plateaus.

Taking a closer look at the ten pages delimited in the index entry we immediately discover a new way to look at aesthetics. It is not a better model, something that aspires to our common model of aesthetics, which is often concerned with optical space, distant vision and central perspective. What the model of Deleuze and Guattari’s present expands the traditional standard with nomadic aesthetics characterised with close vision and haptic space, which branches into tactile and auditory in addition to optical. Or in their words, The Striated (optical) juxtaposed with The Smooth (haptic).

Juxtaposed and not opposed. The smooth space is a space without a fixed perspective. “Its orientations, landmarks, and linkages are in continuous variation.” The Striated possesses “the constancy of orientation, [...], constitution of a central perspective”. Here lies the first hint of how Deleuze and Guattari deal with aesthetics. They always reveal its political component. A central perspective, as Lyotard already pointed out, that underlines its highly political and power oriented capacity. Constuzione legittima is not only an aesthetico-optical property, but the legitimate, juridical construction of a pictorial space: “The Republic is heralded in this ‘as-if-Prince’, museums perpetuate this function, but reciprocally a glance at the House or the Senate in Washington, at the Chambre des députés in Paris, attests to the fact that this organisation of space is not confide to pictures in a museum, but that it structures the representation of the political body itself.”

In addition to haptic-optical and close-distant couples, a third coupling connects two modes of aesthetics: abstract and figurative line. While they are not strictly opposed, abstract line belongs to the smooth space and nomadic art. It, just as the smooth space, “has multiple orientations and passes between points, figures and contours”. The figurative line is in the regime of representation, “is representative itself even if it does not represent anything”. It is unilinear or rectilinear. How cunning to use the term “rectilinear”, so invested in photography, the medium of representation par excellence. By connecting all three pairs, we see that optical aesthetics assure central perspective, stationary orientations and figurative, representative lines. Nomadic aesthetics have shifting perspectives and moving orientations, with an abstract line that does not delimit inside and outside or is representative. Deleuze and Guattari offer here a possibility of aesthetics that moves beyond a representational mode and answers a bold question of “what should be termed abstract in modern art? A line of variable direction that describes no contour and limits no form ...”.

They do not stop here. In Year Zero: Facility two main subjects of representation are again juxtaposed and blended: face and landscape. Intertwined with a political dimension. The year that the chapter starts with, Year Zero, denominates the face that became the model of dominant culture: the face of Christ. White Man as a model of perfection. Deleuze and Guattari turn this face into an abstract machine, faciality machine, with white walls and black holes, “that forces flows into signifances and subjectifications”, faces that can be recognised, that resemble and therefore are being compared to Christ face or the face of White Man and subjected to through the deviation to racism and domination. How to oppose this facialisation or as Deleuze and Guattari ask: “How do you get out of the black hole?” and warn that “dismantling the face is no mean affair”? The organisation of the face is strong, similar to the primate of vision and the rule of central perspective. Eroding this face is not just a question of uncontrollable tics, but it is the very question of politics. Dismantling the face means, “breaking through the wall of the signifier and getting out of the black hole of subjectivity”. They do not propose and answer that will be done with the face, an opposing theory or returning to subjectifying semiotics or pre-facialisation. We have to know our white wall/black hole system and destabilise it through landscape, “to invent the combinations by which those traits connect with landscapity traits that have themselves been freed from the landscape and with traits of pictoriality and musicality that have also been freed from their respective codes”.

A last rhizomatic detour is a jump to the year 1837: Of the Refrain. A plateau that deals with territory and art. Deleuze and Guattari oppose Lorenz’s view that eg. aggressiveness is the basis of territory with its other factors like sexuality, hunting or building a place to live. The territorialising factor comes from somewhere else, from becoming- expressive of any proper qualities. That is why they ask the question if this becoming is not called Art and this the territory would be a result of art? These territorial marks are not figurative, representational but are readymades. They are expressions in the movement of territoriality. A territorial mark pre-exists its subject, or even better to say, does not encounter its content in a subject/object relationship.

In this short sketch, the reader will by now have understood that he can pick any chapter in Thousand Plateaus and see a connection to aesthetics and problems of representation. We moved through the aesthetics of Deleuze and Guattari the same way they require us to read the book. Never to start at the beginning, but to find the beginning of Ariadne’s thread, using detours and short-cuts in the hope of finding the minotaur. They always pinpoint a dominant model (optical space, face - notably White Man’s face) and instead of creating a binary opposite, they introduce a minor mode (haptic space - that can be aural, tactical and optical, or defacialisation—that is both face and landscape) which at the same time weaken and encompass the dominant model. Aesthetics is not in the centre of their work, but only because their work has neither centre nor periphery. Aesthetics never stands alone to be pondered in itself. It is always tightly embroidered with politics and power. That is why whenever an artist or a philosopher grabs a copy of Thousand Plateaus and no matter which plateaux she steps onto, she cannot help but grasp the connection to aesthetics, with her eyes gleaming at the discovery of a new weapon, or a new challenge. 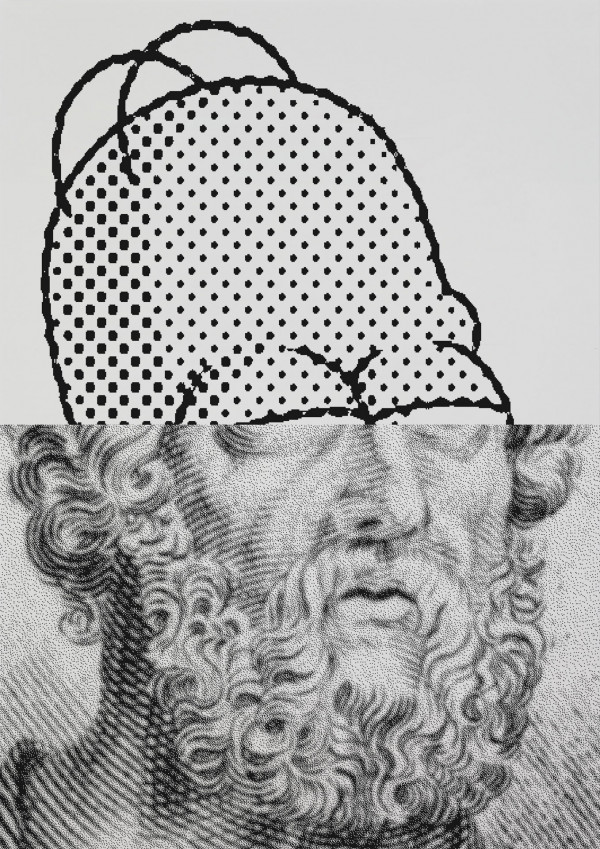 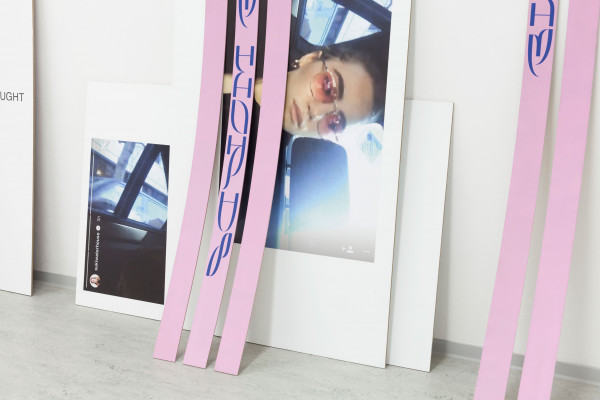 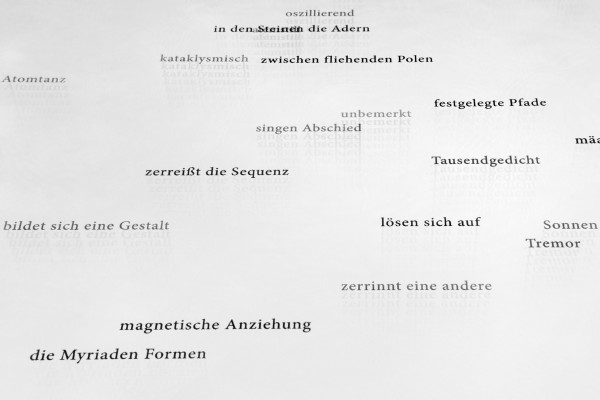 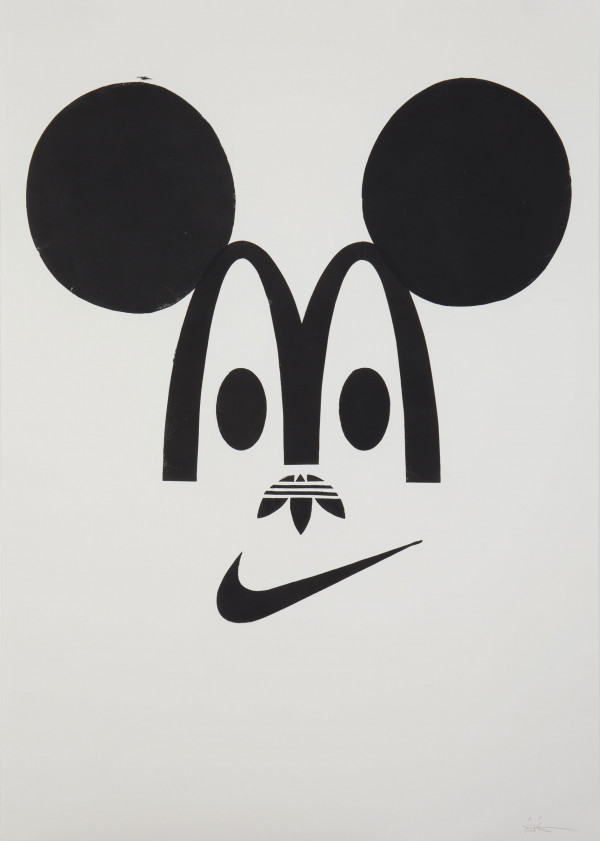