Towards a New Political Paradigm in Times of Social Amnesia

is a disruptive communicator, civic entrepreneur and non-violent political action organizer. She holds a PhD in Ideology and Discourse Analysis from the University of Essex.

What do we mean when we say ‘this is new’? Do we really believe something has never been done before? Is something new something we do not remember doing? Does not remembering mean we ignore it or that we have chosen to exclude it from our narratives? The implications of statements like these in the contemporary political context are unsettling and worth exploring. I intend to address some of them with the intention of outlining why resistance and disruption in politics are needed more now than ever. I will illustrate my ideas with examples on how people own, know and enact politics and resistance from the arts and the feminist movement.

“This is totally new ... unheard of, never experienced, documented, seen before ...”. These affirmations are powerful and charge political discourse with timeless challenges. Let’s say someone has never experienced authoritarianism in her everyday life. She might have heard in the news that in North Korea Kim Jong Un rules by fear, restricting people’s freedoms and their capacity to dissent from his own ideas – or his father and grandfather’s. But no, she has never seen it in the flesh, she ignores the taste of uncertainty, the tension of a police state and she does not know what it means to not be able to travel freely out of her country.
If we take the analogy one step further, this same person would not likely be equipped to recognize the first signs of authoritarianism in her own political context. This is a trap: just because one has not experienced the curtailment of one’s political liberties that does not mean we cannot expand our understanding of that which is harming society. A person living in France, England or the United States ought to be able to see how majoritarian political decisions favouring leaders like Donald Trump or Marine Le Pen are harming the very fabric of human rights and corrupting the societies that fought hard to make them mainstream.

Maybe she is choosing not to be concerned, not to care, not to remember Vichy, Thatcher or Reagan. My interest here is in the decision-making—or lack of it—of a person who chooses not to remember violence and war. What do they remember instead? Is there a necessary act of remembrance underpinned to the human condition? Or are we just upgrading the system? What seems appropriate in capitalist societies is the periodic process that allows the system to perpetuate itself without interference of individuals, the State or history. Marx, in his surplus-value theory, explains it as “the destruction of exchange value and the preservation of use-value give way to new capital investment and the repetition of the production-devaluation cycle”.Karl Marx | On Theories of Surplus Value | The Capital, Vol. IV Just like the Apple corporation model of software updates and model upgrades in hardware require the user to migrate to the new version or otherwise the system begins to collapse, a new brand of authoritarian politics derives from this logic: a) the people it will be inflicted upon are systemically incapable of acknowledging it is happening and b) the society in which they live offers them easy to reach narratives of dilution not allowing them to recognize an authoritarian ruler in the making when they see it.
When people forget, they are passively relinquishing their political agency they chose not to acquire knowledge, not to engage in understanding historical events and blame actions unto others, panicking when they are unable to figure out what to do next. This is no time for uninformed moralistic incompetence.

We might suffer from historical amnesia and blame it on the rise of social media, the commodification of fake news, the Google mediated access to knowledge and the drive of a generation of first-timers. But if a generation that does not remember the Cold War or the Cuban Missile Crisis truly relinquished its right to remember, she is also prone to believe that authoritarianism is a fashion that will fade away or that it really cannot be so bad, or could it be? Why not start again then? Assuming everything is new to the generation that is making political decisions around the world, why not attempt a reformulation of the Republican pact and a renewal of the Human Rights Doctrine? 35% of Latin American people are under 25 years oldestadisticas.cepal.org; the profile of an average fighter joining Isis is male, 26, single, quite well-educated but not an expert on the Quranindependent.co.uk; most voters in the US under 25 voted for Hillary Clinton in the 2016 electionses.pinterest.com/pin/189432728057497001/. To these young minds, slogans like ’Make America Great Again’, ‘On est chez nous’We are at home—implying that here is where we were born, not somewhere else. or ‘Mover a México’Moving Mexico, imply that the past is a time we want to leave behind. However, if not remembering is all we need to empower the present, the question that arises then is if the innate disruptive relationship we have with the past is predisposing us to repeat the same mistakes of previous generations. And even further, if antagonism with past notions of rights or politics are not curtailing counterhegemonic practices and leaving behind years of resistance tactics passed from generation to generation, it must be very difficult to believe you need to start anew every day.

Ernesto Laclau and Chantal Mouffe have argued that hegemonic discourses articulate antagonism as forms of adaptation to the constant renewal of threats imposed by their adversaries.[7] Such articulations internalize the shifting nature of people power and recalibrate intersectional struggles constantly, morph discourses and change political imaginaries. For instance, the adaptation of a discourse disposing of the past is normalized, as it is in today’s Latin America, the land rights of indigenous peoples’ are limited and their territories expropriated to be sold to mining corporations. By not recognizing what an autocrat is, that refugees have rights, that women’s bodies are sovereign, that every child deserves a chance to thrive, we are erasing all figments of historical civilization and entering a time of social amnesia.

To conclude I would like to describe where I see hope in social amnesia and why we have so much to learn from those who have lived in contexts where the ‘generation of the new’ has not become mainstream.
Cuba, a country that has been isolated geographically and maintained in the margins of meaningful democratic exchanges since 1959 a class of entrepreneurs is taking over the landscape. A Fashion Revolution, where magazines and websites showcasing a generation of Cubans who are ready to take their island by storm is portrayed. Restaurant reviews, fashion advice, music and videos make up the essence of Cuba’s future: a consumer-oriented one. I am not advocating that political futures are not far away, presidential elections are to be held in 2018 and there are real possibilities that an opposition candidate can challenge Castro and the system. What I am suggesting is that the repertoires of disruption and dissent are focusing on Pop Culture, Prêt à porter and consumerism. There is no shame in embracing the logic of equivalence with western capitalist narratives; it appears to be more effective in articulating visions of the present for a Cuba that has a place in the aesthetic narrative than ever before. Change in Cuba is delivered by the Nike swoosh.

Ai Wei Wei, the Chinese artist and dissident was illegally detained in 2011, and held for 81 days in a secret prison guarded by a paramilitary unit. He has been the face of dissent and contemporary political art, exhibiting his S.A.C.R.E.D Dioramas around the world. By showing us his unmediated memories of captivity and dehumanization, Wei Wei manages to convey the beauty of his spirit, the strength of his nature and the undeniable expression of his message of dissent. China is unjust, violent, cruel and disrespectful of the human rights of its own people. Art allows Wei Wei and Chinese artists to say the unsayable assuming the heavy costs of criticism personally; no political decision is as ’real’ as this one. An uncompromising rejection of the party and its tactics is the very essence of a form of dissent that cannot be controlled or muffled.

“People are not used to connecting art to daily struggle, but rather use high aesthetics, or so-called high aesthetics, to try to separate or purify humans’ emotions from the real world”, says Wei Wei to a NYT reporter. Edward Wong | Ai Wei Wei Dioramas depict his Imprisonment | NYT | 2013 I agree with him, humans are not pure, neither is political dissent, it just ‘is’.

Miprimeracoso (my fist harassment) is a hashtag released in Mexico in March 2016, mirroring the Brazilian #PrimeroAssedio. The idea of feminist individual voices and collectives was to bring attention to their National Mobilization against Gender-based Violence #24M and to gender-based murderous violence. Using Twitter as the forum for channelling demands for justice, equality and freedom against violence in the Mexican context, women are proposing a different space to discuss politics within the polis. A global, transnational space where everyone can comment, denounce and know what is really happening.

In a country where 63% of women affirm having been victims of sexual violence and 6 women are killed by gender-based violence, some questions linger but there is one I would like to focus on. The Mexican judiciary system has been unwilling to take matters at hand as the problem is as institutional as it political. The power of such repertoires is in the numbers and the popular appeal of a hashtag such as this one (it gathered hundreds of thousands of replies and RT) may suggest alternative paths towards the construction of solutions, real solutions that affect Mexican women positively. No more violence against women, is a popular cry online and offline; an articulation of a political system where “todxs estamxs incluidxs”.Using the "x" to denote gender non-conforming language is a growing practice among feminist Latin- American activists and academics.

In this essay, I attempted to discuss possible meanings of what new means in contemporary societies to young people and the radical nature of committing to resistance and disobedience as a form of salvaging history and preventing the mistakes other generations have made in the past. In doing so, I have questioned the fact that as a result of the culture of the now and the periodical crises sustaining the western economic capitalist ethos some people really believe some things have never been done before. That which we believe we have never done before as a society is in fact a memory gap, a generational blip, a breach in the discourse and a space where authoritarianism and control can flourish without objection.
However, I wish to suggest that not remembering also means we can create new things, we can establish new rules we can conquer new political terrains previously closed to us. Statements like these in the contemporary political context are hopeful. Resistance tactics as forms of political innovation and the defense of the people to own, know and enact in the politics of their societies is now more necessary than ever.

Raping the Reader: Politics as Disturbance 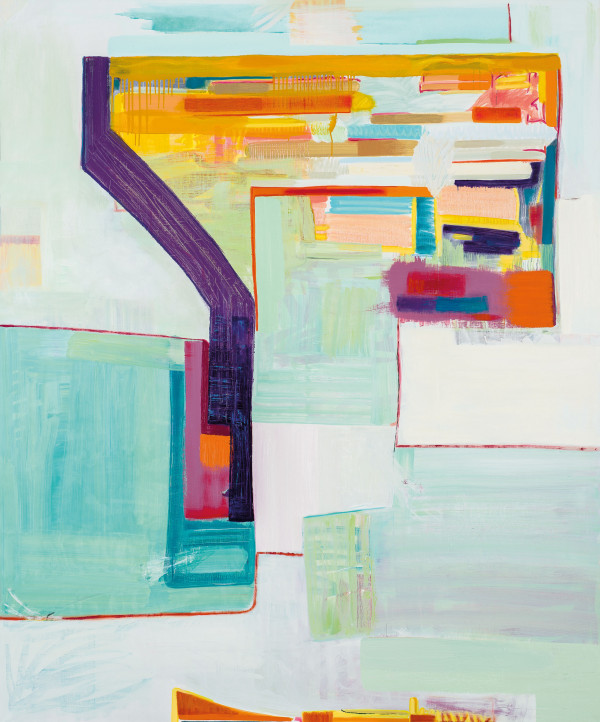 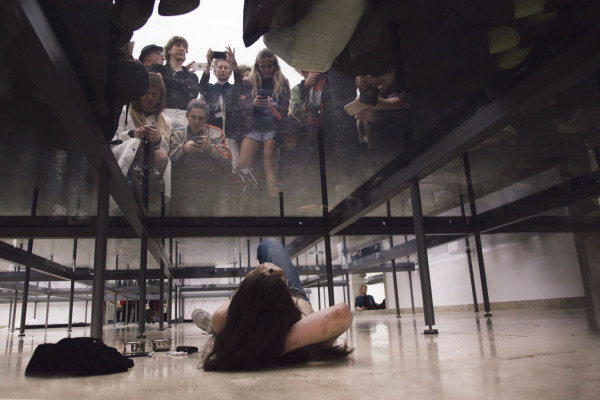